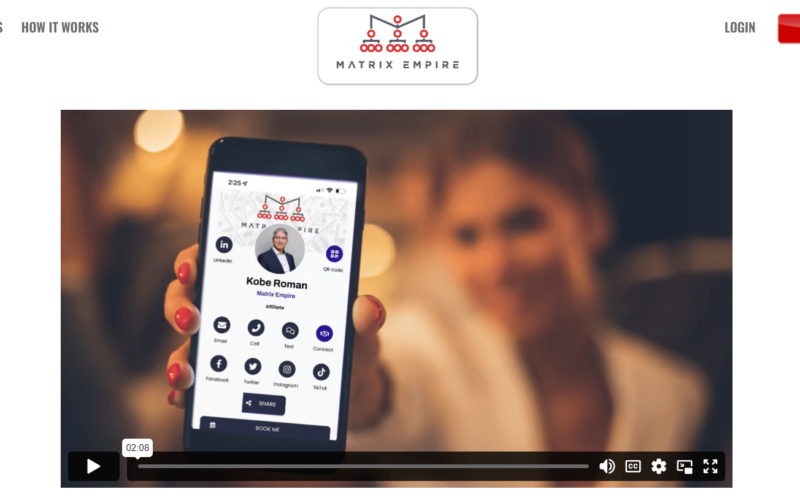 Regulating pyramid schemes is extremely difficult. This is because, as mentioned, MLMs are not illegal. However, it is very easy for an MLM to turn into a pyramid scheme. To get a permit to operate, the company would have to prove that whatever they are doing is legal and that they are not stealing people’s money.

Matrix Empire is an example of such a scam pyramid scheme. With the rise in internet use, one of the things that have gained traction is internet marketing. Unfortunately, this has opened doors for many scammers in the name of multi-level marketing schemes (MLMs) or pyramid schemes. You typically see them advertised on billboards, in magazines, at your local mall, or even on social media.

You read testimonials of “typical” participants who have earned thousands of dollars with hardly any time or effort invested. While there are legitimate crypto companies with actual products, a pyramid scheme is almost always a scam.

Their business model rewards participants for recruiting new members instead of selling products or services directly to the public. In a typical pyramid scheme, you pay money to join. After that initial payment, you earn a commission not by selling a product or service to the general public but by recruiting new people.

The new members you recruit, then recruit new members, and so on. Pyramid schemes come in all shapes and sizes. They’re often disguised as “lending” or “investment” opportunities. Someone approaches you with a great offer: you give them some money, and they’ll pay you back double or triple your investment.

You may get a gift card or some other kind of token. Pyramid schemes are illegal, but they’re tough to shut down. Both the people who start them and the people they recruit can be very hard to find. Even if the government manages to shut one down, it’s likely that the people who started it will create a new one under a new name.

This is a company that purportedly deals with affiliate marketing. From whois.com, we established that the website domain was privately registered on 25th August 2022. Like any other typical pyramid scheme, this one makes tremendous promises about the possibilities of earning money.

You can earn from multiple revenue sources when you sign up for their services. They market it as one of the most straightforward compensation plans ever. You do not need a college education to make it in this business. This is one of the red flags of this company.

Many of these scammers use this tactic, promising quick, effortless returns. As a disclaimer, the company warns investors that nothing is guaranteed and they can lose money. However, this does not mean they are legit. Every business is risky, and giving a disclaimer is standard practice. In filling the matrix, you work with the company and bring people to invest.

This information is critical. The online business operates on trust. The business is likely to fail if there is doubt about a person’s legitimacy. Many MLM businesses are scammers. As such, it is hard to trust them. This is why the company founders and team are essential. If the people behind a company are known scammers, you’re likely to avoid working with them. 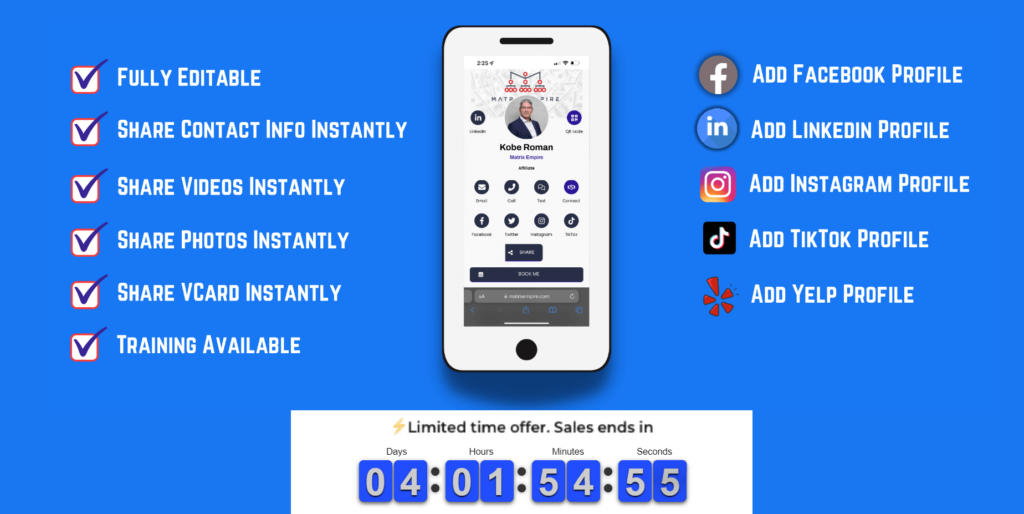 For this pyramid scheme, they have not said anything about the founders or team who run it. However, we researched and established a possible link to Dustin Mansell. On 7th October 2022, he uploaded a video on YouTube detailing Matrix Empire. The video is called “Matrix Empire Review – 1 Platform – 3 Income Streams.” In the video, he encourages people to join the venture to earn money.

He also mentions that he just started his investment a few hours ago. In the video, we could see that he was logged into the Matrix Empire website, not as a client but as an admin. This confirmed our suspicion that he was the man behind the business.

On the company website, however, this information is not available. The company does not want you to know who is behind it. They would have named the founder and current employees if it were legit.

One way to determine if an MLM company is legit is its products. Though some are legit, it can be tough to tell which ones are good and which are scams. To trust that a particular company is legitimate, you need to know three things:

The company’s products or services must be high quality. If the products are low quality, you’re more likely to lose customers, not make any money, and be stuck with stuff that no one wants.

The venture has to be transparent about how it operates. You need to know how much money you’ll make and how much time you’ll need to make it. The company has to be financially sound. You don’t want to invest money in a company that may not be able to pay you back.

As for Matrix Empire, you cannot tell what they are selling. A person can only make money with this company by selling affiliate memberships. This is how their compensation plan works:

After signing up, the business asks you to pay an initial fee of $45 per month. Like other pyramid schemes, you get a commission once you recruit a new member. They use a model of a 3×10 matrix. In this matrix, an affiliate is usually at the top. Then there are three positions below. The three positions are the ones that constitute the first matrix level. Each of these three positions then branches into three others. In total, therefore, they become nine positions below the first level. You need to repeat the process up to level 10.

This is how you earn commissions as the levels are filled:

1st– For every position a new client fills, you get $15

2nd– For every position a new client fills, you get $4

3rd– For every position a new client fills, you get $3

The commission is deducted from the monthly $45 fee. You will not get paid if a new affiliate does not pay the money. According to the company, 89% of the money invested is used to pay commissions. This is meant to give you the impression that the company is dedicated to making you rich, which is not the case.

People need to know that their money is secure when engaging in MLM. Since this company is a pyramid scheme, they would not want people to reach them. They have made it hard to learn much about them unless you sign up for their services. They do not have an email, phone number, or physical address where you can access them. In case something goes wrong, you cannot reach them.

Because of the high stakes involved in internet investments, governments have implemented stringent licensing procedures. Because this corporation is a pyramid scheme, it is illegal. First, its base of operations is unknown.

This is a tactic used to prevent people from filling out the appropriate paperwork. Before a firm is officially recognized, it has to meet some requirements. One of these is ensuring the security of customer money. Customers should incur no losses in the event of bankruptcy. There is no way for this company to make such a promise.

Regulating pyramid schemes is extremely difficult. This is because, as mentioned, MLMs are not illegal. However, it is very easy for an MLM to turn into a pyramid scheme. To get a permit to operate, the company would have to prove that whatever they are doing is legal and that they are not stealing people’s money.

Since this is not the case, they could not get a license. If the company were registered, it would have provided proof of its certificate online. A legit company also provides its financial records on its website and the number of its active clients. The company is hiding this information from the public, thus proving it is a pyramid scheme.

If someone approaches you with an offer to make money with little effort, they’re likely trying to get you involved in a pyramid scheme. Don’t fall for these scams. Research any companies you’re considering joining and ask lots of questions.