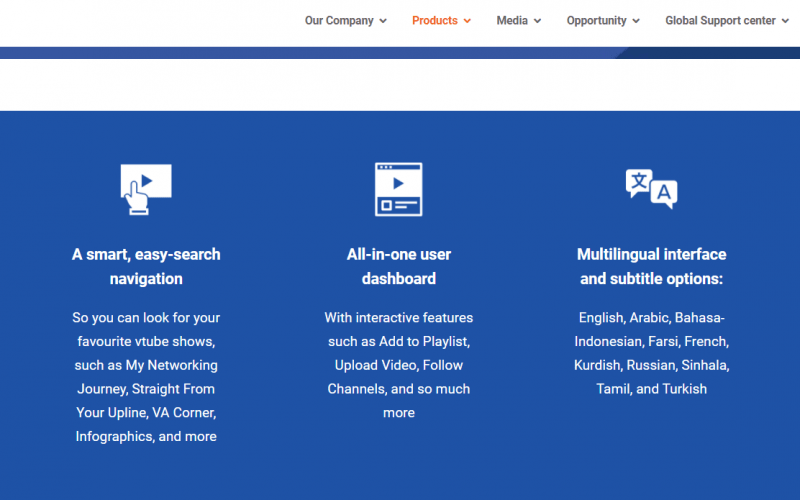 QNet is an MLM company that provides a wide range of products and services in different industries. QNet.net has been operating since 1998. At a first glance, it seems like a safe company that can actually provide some kind of profits. However, it is a fraudulent and criminal platform that has been embroiled in a great number of controversies,

Other than the fact that people have proven it to be a Ponzi scheme, it is also heavily reported that QNet was involved in human trafficking in Liberia. This kind of criminal activities shows that this company does not only take your money but also use it to commit horrible crimes. You must be familiar with different aspects of this company so that you will not make the mistake of investing your money in it.

The headquarters of QNet is located in Hong Kong. However, it has been operating in many international territories since 1998. The founder of QNet.net is Vijay Eswaran. He is from Malaysia and runs the company as a Malaysian company.  This shows that the origins of the company are very suspicious as it is not making it clear from where it is actually running from.

The company is claiming to have an extensive range of products. Hence,  QNet.net mentions a lot of different categories like wellness products, cosmetics, health supplements, personal care, and technology. Each of these categories contains the names of hundreds of different products. However, the price of such products is not provided. In order to access such products, you must buy the affiliate membership of the company.

Now that you are familiar with the basics of QNet, you should also know about the legal cases against QNet.net and different controversies about this company.

Union Ministry of Corporate Affairs (MCA) shut down the QNet in India after several warnings. The primary reason for this collapse was fraudulent activities by the company. The authorities of India had conducted a thorough investigation into the working of QNet.net and concluded that it was involved in scamming the investors.

It was operating through a shell company Vihaan Direct Selling India Private Limited. Furthermore, the investigation found that this company was lying about its business model and selling a variety of products. In fact, it is running just like any other pyramid scheme.

It is not surprising that authorities in India and other parts of the world had to shut down QNet because it uses too many shell companies like Pallava Resorts and Questnet. Such kind of shell companies is bound to attract negative attention and ultimate collapse.

You should keep in mind that QNet has already been shut down in many countries. Even though its domain is running, but it is highly expected that the entire company will collapse in the future. There is no point in investing in this company because it is not only a scam, but also a very dangerous platform.

Therefore, avoid investing in any kind of money in QNet.net. Instead, use the crypto trading bots that are much more reliable than MLM companies. Such bots are trustworthy and flexible to allow you to earn the maximum amount of profits.

It has also been reported that QNet.net has been laundering money from India and other countries. About $2.8 billion dollars were laundered out of India alone. This kind of criminal activities proves the fact that this is a very dangerous criminal company. There is no point of investing in this platform as it is like any other MLM Ponzi company.

Many members and mangers of this company have already been arrested. Unfortunately, its domain, QNet.net, is still running so the users must beware of this company. The investigation by India and several other countries have concluded that this MLM company is using products just to disguise its true nature and launder money through them.

The company provides very fewer chances of earning profits. Most of the money goes to the top-level members and owners of the company. This shows that you cannot expect to earn any kind of considerable profits from this platform.

Suspicious Owners and Managers of QNet

Various courts and authorities are investigating the managers and owners of QNet.net. Michael Fereira is said to the Lead Promoter and Operations Director. He was also arrested in 2016 but set free sone after that. There is no data available about the current whereabouts of Ferreira. However, it is quite clear that a lot of agencies are investigating the fraudulent nature of this company.

Perhaps the most shocking and horrible aspect of QNet is that it has been proven that this company was involved in human trafficking in Liberia. It was using human trafficking to increase its members and for more recruitment.

These are not just allegations as it has already been proven by the authorities in Liberia. Several arrests were made and the entire QNet international human trafficking ring was busted.  The authorities declared that the company was trafficking people into Liberia by faking their documents and locking them up in compounds to work on marketing campaigns for QNet.

The authorities conducted raids on several compounds. The details of these compounds were extracted from the employees of QNet who were arrested a few months back. Despite several arrests, it is not clear who was actually running the human trafficking ring. Some victims have alleged that Abu Kamara was the behind this horrendous scheme.

When Kamara was arrested, he decided to cooperate with the authorities and took the name of Monde Konneh to be the head of the trafficking network. The investigation is still going on and Konneh has not been arrested.

QNet has reduced to take any kind of responsibility for the damage it caused to hundreds of lives by trafficking them. In fact, the company has cut off ties with the Liberia operations stating it was acting as a rogue organization. This kind of confusing statements has led several top investigation agencies to initiate legal cases against this company and shut it down for good. However, QNet.net is still running.

As the above discussion shows, there is no doubt about the fact that QNet is an MLM scam. It has no interest in paying any kinds of profits to its users. The only goal of the company is to have as many members as possible. In fact, it can to any extent to increase its members and implement rapid marketing techniques.

The entire purpose of trafficking people into Liberia was to lock them up and force them to work on the company’s marketing. This kind of horrible business should be shut down immediately. Hence, there is no doubt that you should avoid investing in this company. In fact, you should tell your friends and family to beware of this scam and fraudulent company.

If you want to earn a good amount of money, you should use crypto trading bots. These bots are completely legal, safe, and efficient. You can find a variety of trading preferences in these bots. Therefore, you will get a chance to earn money via trading on your own terms and conditions.